While at work a coworker and I were folding letters and packing them into envelopes, when she noticed something:

Coworker:  Hey you aren't sealing the letters?
Me: No, I thought the mail machine could do that.
Coworker:  Mail machine?  What are you talking about?
Me:  You've really never heard of a mail machine before?
Coworker:  No....
Me:  Well, I don't mean to brag, but...
Coworker: (proceeds to perform massive eye roll)
Spewed forth by St. Grendel at 08:52 No comments:

Six reasons why I dislike Doctor Who

If you like any episode of Doctor who in recent years, I have some bad news.  You're not a fan of science fiction, you're not a nerd, nor are you watching an intelligent show.  Don't take this as a slight to you, it's perfectly fine to like stuff that sucks.  I mean, I love the David Lynch version of Dune, but I'm not going to pretend it's excellent movie.  The only differences between liking Dune or Doctor Who, is that the crappy show I like simply means that I am nerd and that I'm a science fiction junkie, or in other words I'm only human and that's my flaw.  Liking Dr Who on the other hand, simply means you are a single woman between that ages of 13-40 and you like mainstream romantic tension and don't like too much science in your science fiction.  Once again, that simply means you're human.

I find it a bit sad, really.  I really like the concept behind Doctor Who, and I even think it's nothing short of brilliant.  Here's a show about a humanoid alien who is a quote "time lord" that has a ship that can transport people across all of time and space.  Just the concept of the show alone allows for limitless possibilities, no?

Well since it's inception, the good doctor's show has been hampered by problems, and as a result has always been a hit or miss affair.  And I do confess, that there was some darn good Doctor Who episodes...in the beginning.  Some of the most memorable episodes were ones with no villain, incorporated actual science theory, all while having companions that were not love interests.  Most of the failings of early/pre-reboot Dr Who has been mostly a technical nature, ie. poor acting, lazy directing, and atrocious budgets, which result in laughable effects, sets and props.  However, the show still managed to find a lot of steam despite these issues.  But even then I would only recommend cherry-picking the best episodes if you really want to watch.

The current run of Doctor who on the other hand, suffers from what I like to call the Battlestar Galactia syndrome.  It's described by those who like it as a sci-fi show, but in reality, it's nothing of the sort.  It is much closer to being an odd combination of romance serial and fantasy show or some kind of magic soap opera, and thus is the reason for it's popularity.

The primary focus is no longer to illustrate or to use actual science concepts of any kind, or to explain/save the universe.  The show has gone from explaining why aliens are the way they are and how their evolutionary path is different, delving into the vast intricacies of the universe, all while giving us an uplifting moral to the story, to just not explaining anything at all, because it thinks the audience too stupid to understand, then try to make some kind of social/political commentary that makes an equal amount of sense, then feed us a bunch of nonsensical romance plots.

Allow me to make a list of all the reasons why this show is terrible:

Filed under Foriegn flicks, I will die alone, rant

Our story so far

The title of the post makes me want to start it off by saying "when we last saw our heroes...", but I'll spare you the nonsense.  So what have I been up to?  Well, the truth is far less than anyone could ever imagine.

When talking about it, I'm not that good at describing my felling other than to say it was depressing.  That being said, I'll give the extremely short add version of the story:  I've been unemployed for the past three months, but I recently managed to land a nice job that'll pay the bills and leave some left over, so it appears I'm actually gonna make it.

The biggest thing I can say without talking about the job situation (or the lack of one) is that I was given an opportunity to go see Interstellar for free, and well I kinda liked it.  I found that rather surprising considering I still can't stand Matthew McConaughey's acting (if you can call it that).  The short review is that it's worth watching, and worth paying to see it in the theatre.  The 'science' is hokey all get out, but has it's good moments along with being a very well paced movie with excellent story arcs and special effects.  It tries more than a little too hard to be the new 2001 (and as a given has plenty scenes and ideas lifted directly from it), but still manages to be good film.  Just be prepared to to spend a full 3 hours sitting in those dang uncomfortable theatre chairs.

As for other news, well, I'll endeavor to simply get back into a regular schedule of posting again, we'll see where it goes from there, but good to see you again, internet.

So, a good friend of mine talked to me last week and had some news to share.  Conversation went a bit like this:

Ps1c0: So, I got big news.
St Grendel: What's that?
Ps1c0: I got glasses.
St Grendel: Wow.  Really?
Ps1c0:Yeah.  My vision was far worse than I ever imagined. Why didn't you ever tell me that?
St Grendel: You sonofa*&%! I've been telling you that for years!
Ps1c0: Just kidding.
St Grendel: Yeah I wish you'd have told me that after all the times you were driving and asked me if the light was green or not!

Right when you're losing hope

You find that yes, people can actually make good music these days.  Dang good stuff and quite fitting as well.

Slow on the home front

What can I say?  A week of radio silence has kept operational security, but unfortunately there is nothing to secure.  Due to a miscalculation, I was flat broke for most of the week, which has it rather uneventful, but the issue will (thankfully) be rectified by tomorrow.

I forgot to mention that the airshow was still a good experience despite being a smaller event than I've ever previously attended.  I did manage to snap a few pics of some of the festivities, some of them even turning out rather well despite the camera.  I'll post those a little later when I have the time.

In other news, I did manage the unthinkable and actually introduce somebody to the music of Y&T.  Rather surprising considering the person, I mean that kind of music is that guy's bread and butter.
Spewed forth by St. Grendel at 15:31 1 comment:

Shut up and take my money!

Instead of a music post, I'll put something a bit more important.

Yeah, I shed tears watching this and while reading their website.  All my monies are now belong to them.  No finer fighter ever flew.  This needs to be a reality as soon as possible.

So it's another one of those days at work where I have plenty to do, so I just want to turn on some music and focus on getting crap done.  It just doesn't hurt if that music simultaneously motivates people to stay away from my desk and not approach me with new problems.  So I adopt the same tactics as everyone does with hippies: 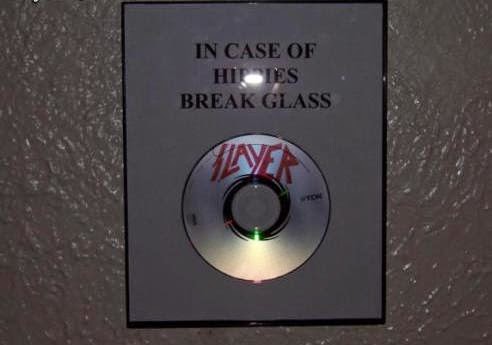 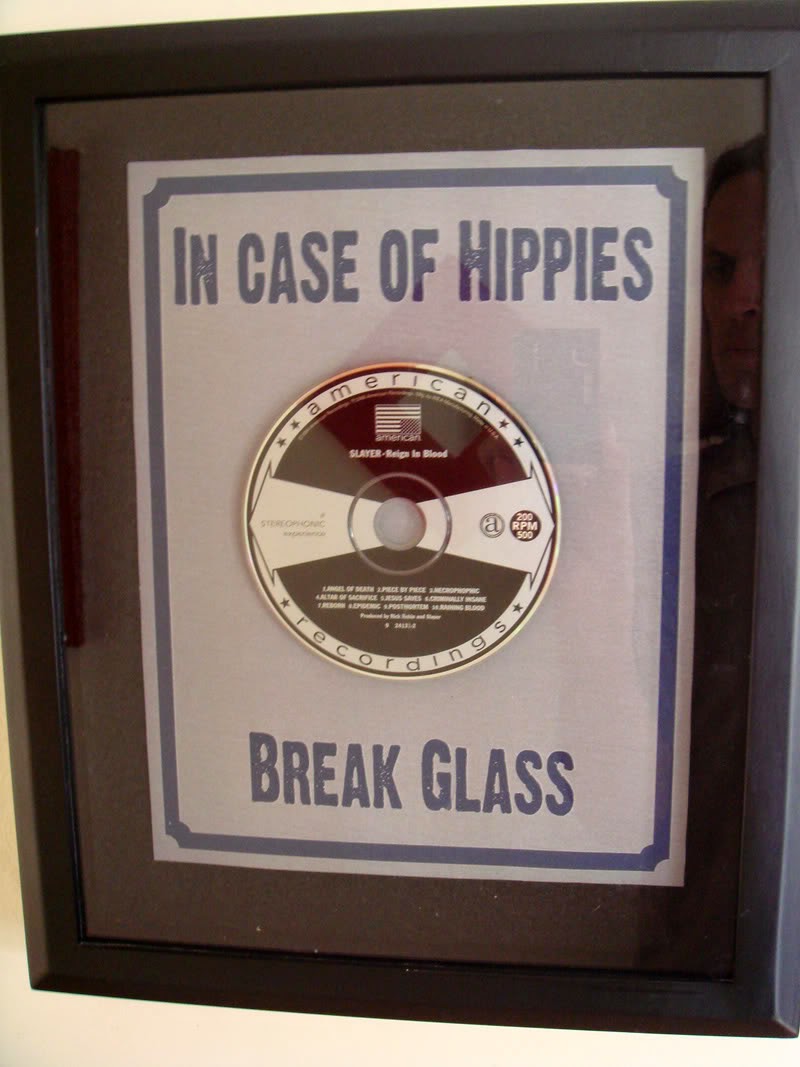 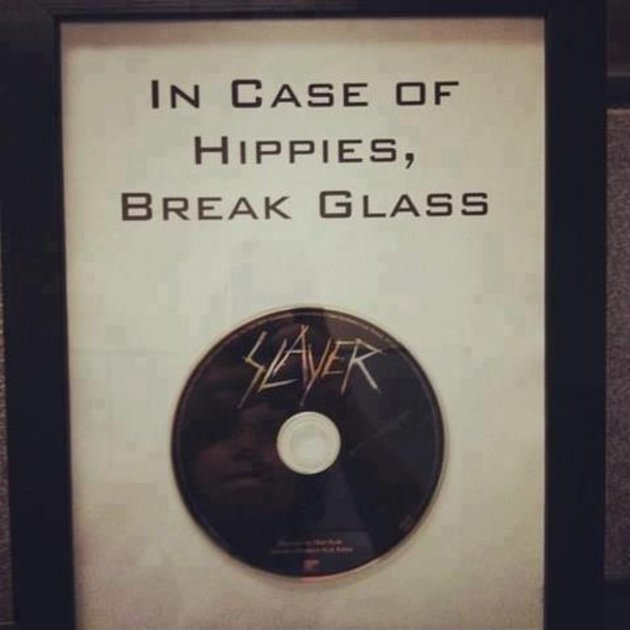 It's surprising how effective blasting Angel of Death is in an office environment.  Raining Blood is also an effective countermeasure.
Spewed forth by St. Grendel at 10:55 No comments:

Filed under Life (ugh), Teh funneh

So imagine my surprise when I find that this news story passed me by for the past couple days:

EPA Memo To Employees: Please Stop Pooping In The Hallway

Wow.  Just...wow.  You're telling me this is the same caliber of person you want running America's health care?  I mean, it doesn't help that the VA is actively killing veterans, but we now have the EPA going all naturalist +11.  What, do we need to paradrop a heavily armed Jane Goodall in there to teach them some class?  Not only that, but they can't comment on it?  Aren't everything they do supposed to be public domain?  So much for that whole transparency thing, eh?

In other less scarring, yet almost as wrong news, I was goofing off looking at aviation photos the other day and I saw another aviation photographer's work that he titled "Aero-rotica."  Just about spit my drink out right at that moment.
Spewed forth by St. Grendel at 09:14 No comments:

Filed under aviation, politricks, Teh funneh

two for one deal

So, last weekend I saw two movies I haven't' seen before X Men: Days of Future Past, and Mission Impossible: Ghost Protocol.

The new X Men movie is all about tying the new(ish) prequel in with the old X Men movies and cast, and it succeeds very well, along with delivering a very entertaining movie chock full of what-if history and great action.  Worth every penny. 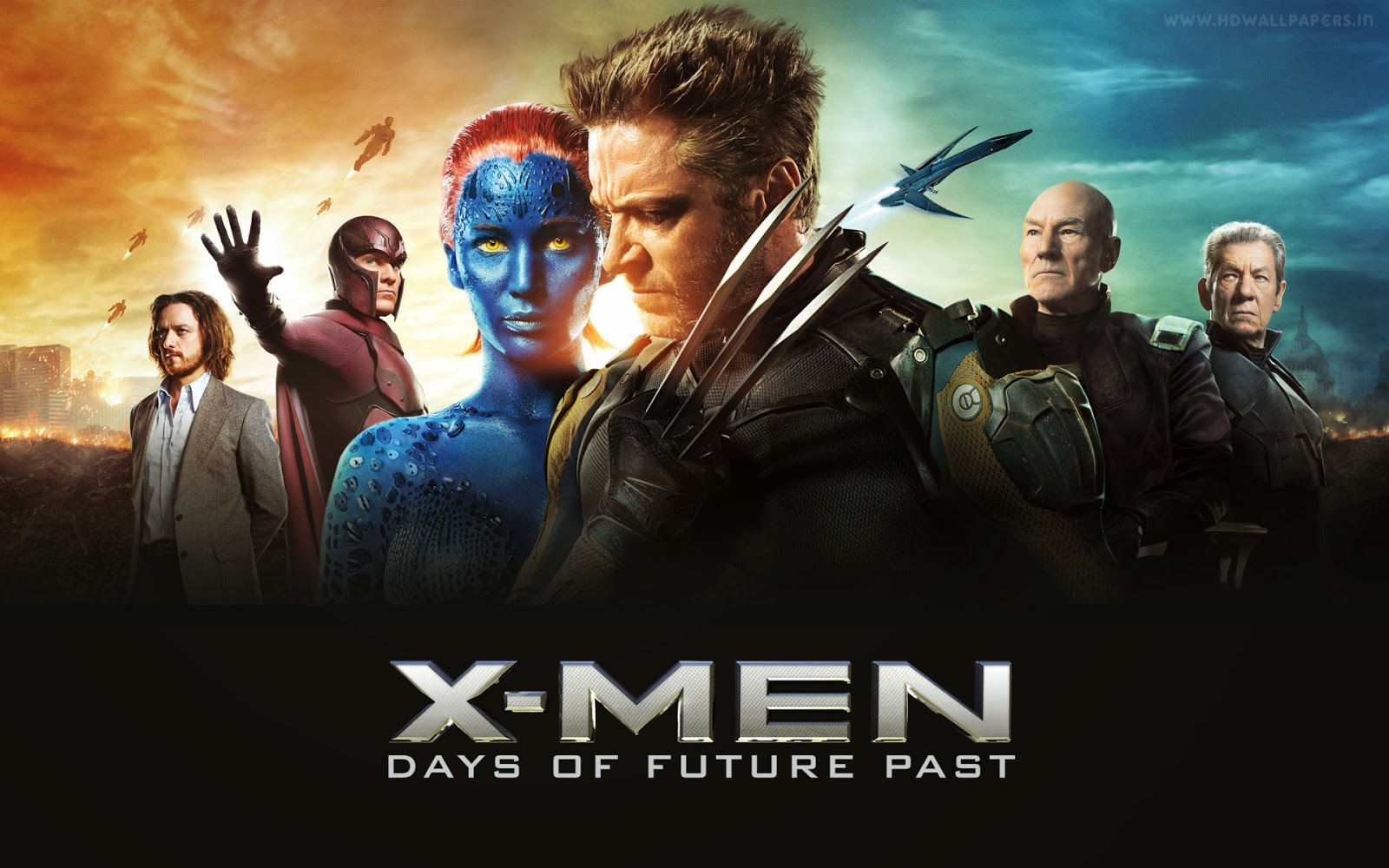 The latest installment of the Mission Impossible franchise on the other hand, is a pretty disappointing watch, which is sad, because I really wanted to like this movie.  It even had some elements and scenes that I really loved, but the story and most of the action was so bland and predictable that is was nigh unbearable at certain parts.  Why can't Hollywood just let spy thrillers be spy thrillers instead of trying(and failing) at turning it into another bland action movie?  Oh well, at least we still have the one good installment in the series, (the first one) which I had to re-watch because this movie just didn't cut it.
Spewed forth by St. Grendel at 23:03 No comments:

Hello, my name is:

St. Grendel
Old Lake Bonnevile, UT, United States
A brooding IT guy, that probably should have gone into voice acting instead, who just doesn't have the cash to be an H&K fanboy anymore. Bringing you quality mundane humor since 1984.

If you get me anything from these lists, I will sing songs to you in appreciation! No, really. Purchase necessary, family exempt from reward.

Blogs that incur the opposite of hatred... 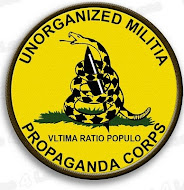